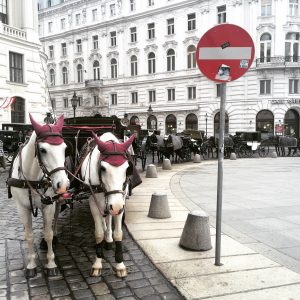 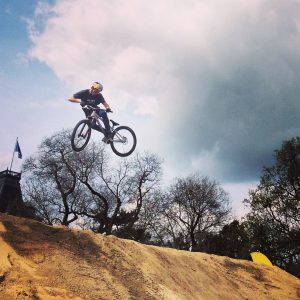 On Monday I started looking for a CoWorkingSpace. I checked online where some spaces are close by. I was unable to find the first two on my list. One turns out to be a big post office. The other a billiard-bar. So better don’t trust to much on google maps entries and suspicious looking websites. I took the metro to get to the third candidate. This time I was lucky.
The space advertise itself as a CoWorkingSpace, but it was more an shared office with one week minimum stay. There was also quite a lot of paperwork to do, what I haven’t seen for Coworking before.

I spend my spare time looking at the city and the people. I enjoyed the inexpensive and good sushi I found around the city. One day I eat in a Cuban restaurant, interesting and delicious.
To be social I meet with Carly Hulls at the trendy Naschmarkt. And a few days later with Franz Josef Kaiser and some friends. While picking Franz from work I get in touch with Elisabeth Gamperl. She was fascinated to meet a real digital nomad and I was invited to come around the next morning for an interview. What I did. We’ll see when my answers will appear in the newspaper.

The one week in Vienna went by quickly. And I was sitting in a nice train towards Salzburg. Comfortable, friendly staff and free WiFi. Not all trains look like that. On that trip I was stunned who much tunnels there are. I’m not used to that.

My weekend in Salzburg I spend mostly with Matthias, who is the organizer of the CoWorkingCamp I was visiting last year in Turkey. I got a personal city tour and had a lot of fun with different activities like visiting the local zoo and cinema. On Monday I tested the CoWorking Salzburg Space and got a glimpse of the toys in the close by maker hub, where we played around with the laser cutter.

To get back to Hamburg I decided to go by train, because the distance is doable. It takes about 8h.
First thing in the Austrian train, I took in the morning, was just for fun checking if there is some internet aka. free WiFi with my phone. And there was. Happy to be able to update my reading list to make use of my train ride I opened my laptop connect to the WiFi and suddenly no internet anymore. At first I doubted my tech but then I realized that in the meantime we crossed the border to Germany and the connection to the www has been turned off. Welcome to Neuland.

Switching to the quite empty ICE in Munich I tried to resist to buy the expansive Hotspot inside the train, but after sometime I couldn’t, because my work is much easier with a connection. That connection was fine in the beginning.
After 2,5 hours the portal of the hotspot informed me that there is no connection at the moment. Sounding temporary. As I‘ve been practicing in recent months I waited some minutes, and some more minutes and some more (45 in total). Then I decided to go for lunch into the board bistro. Where I found the whole Service personal watching a film on a phone. Very surprised that someone was coming in. I asked them when the connection will be available again, and learn that it will take around one more hour, what it did.

There is no more expensive train in Germany and the route from MUC -> HH is not uncomment, but still the system is so broken. Other countries have free and working WiFi in all of there trains, buses and in public places for free. We should be much better in things like this, as a self claimed nation of innovation and technology. Sometimes I get a feeling the rest of Europe is much more modern. 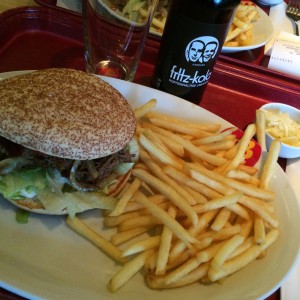 One of the Burger rituals in Hamburg

Back at the Elbe I was lucky to stay in a friends place, while she was traveling. After getting used to new cities and different life styles it was very nice to know a place well and don’t having to think about transport or navigating.
The weather is already better, but still not the north german summer I can’t wait for.

I spend the next 1,5 weeks working from the betahaus and meeting friends every evening usually for dinner(-parties).
Everyone was interested in hearing stories I have to tell, so I try to write here more regular to keep you all posted a bit better.

A nice coincidence was the third birthday of the WP Meetup I have founded years ago and now is run by a team in HH and a bit of remote help from me. 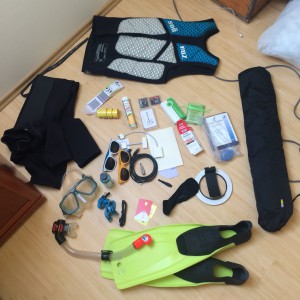 This things are no longer traveling with me

A short trip to my parents house over the weekend gave me the opportunity to downsize my suitcase. Leaving some of the sports equipment behind, I not used them in the last months, and reducing the amount of overall items, got me a 26% lighter suitcase.

Overall I had an awesome time in Hamburg, because of my friends and the environment. Therefor leaving was harder them ever before.

To stay up to date about my up coming Trip to Brighton, UK subscribe to this blog by Mail or RSS or follow me on Twitter or Google plus.

For regular image updates take a look at my Photostream or Instagram.

First I have to fly to Asia 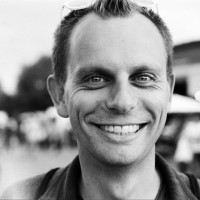